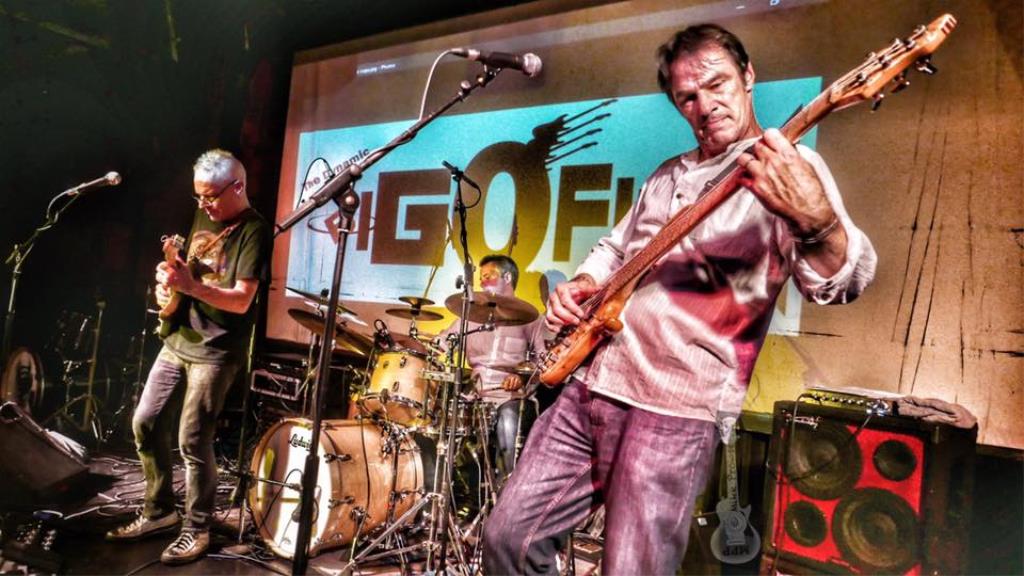 A band with two guises, versatility is a major part of the Big Q Fish way. Primarily, this is a trio versed in the language and style of Jazz and improv-based music, as evidenced by some truly inventive original instrumentals featured here on this channel, with works by guitarist Brian Neil and bassist Mike Hatton. It follows paths set by the likes of John Schofield and Bill Frisell in the sense of it being very much guitar-led and innovative in approach. The band's second guise illustrates a range of classic chart hits with some great vocals. The former guise features some highly innovative material featuring, in places, some great explorations into exotic time signatures which manage to maintain a foot-tapping groove, and which also incorporate rhythms associated with African, Latin and Reggae as well as rock music. Brian Neil's textured guitar effects on many of the tracks affords the band a sound that's a lot more than than the sum of its parts.

Big Q Fish on the web