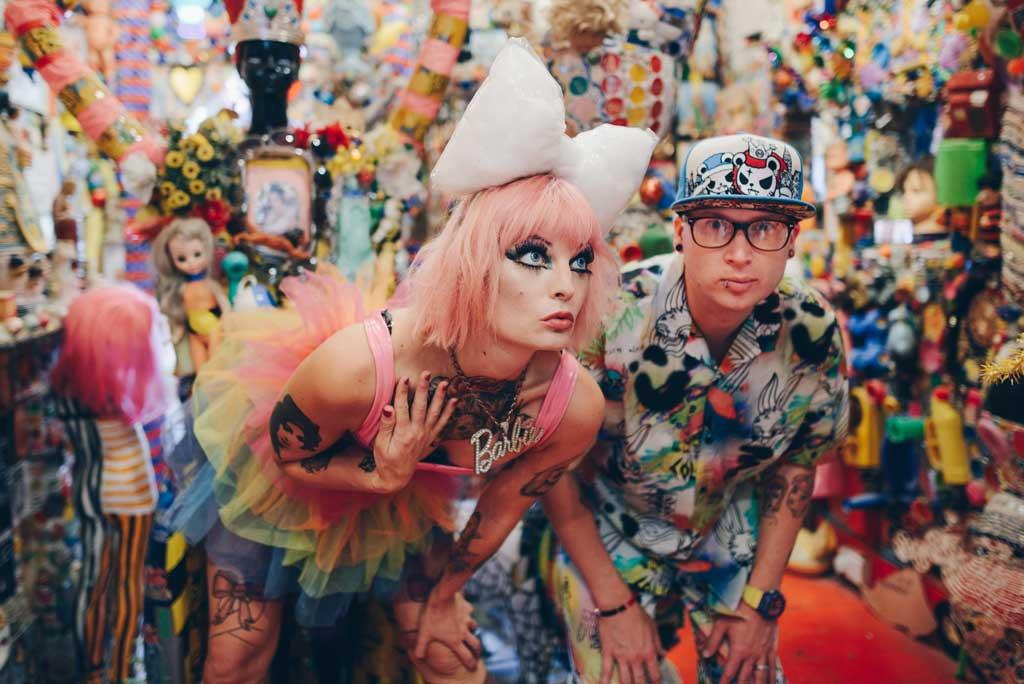 Initially forming when Mickey auditioned for Dolly's solo project many years ago, Tokyo Taboo have built quite a reputation for their spectacular, character-driven - and often shocking - vibrant live performances. Now, with their debut receiving acclaim from the likes of Radio X's John Kennedy, BBC Radio 1's Huw Stephens, Clash and Punktastic, they're ready to take on the world once again with the mind-blowing power of Whiskey (out Oct 4th).

Tokyo Taboo on the web