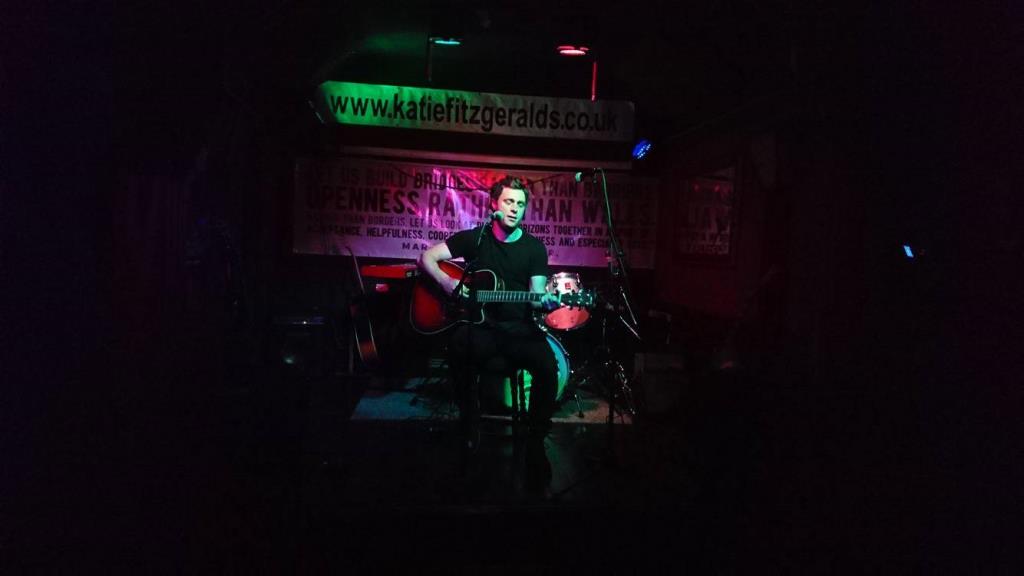 Kyle's musical journey began in late 2012 with the Stourbridge band 'Bigger than Seattle' as lead vocalist, guitarist and songwriter. With BTS Kyle played venues up and down the UK and released a string of singles, one of which entitled 'When we're apart' recorded with Dan Willet at Univibe Studio received airplay on Tom Robinson's Mix-tape on BBC Radio 6.

In 2015 Kyle joined Birmingham Alt-Rock outfit 'Rubio' as lead singer. The band soon released their 'Afterglow' EP recorded at Robannas Studio with Miguel Seco which was released across all formats. The band had some local success with sell-out headline shows and supporting the like of Dorje, Listener and Freeze the Atlantic. In early 2018 Rubio came to a close, Kyle then spent the summer of 2018 writing new material and performing acoustically in bars, pubs, weddings and a Kitchen garden Cafe show supporting legendary songwriter of Nizlopi & JCB Song fame Luke Concannon. In late 2019 Kyle will release his first solo Album and unveil his new band project ready for 2020.

Kyle Parson on the web